Kitchen fads come and go, but slow cookers are a time-tested way to save time, money, and get delicious dinner on the table with less effort.  But even the most magic kitchen appliance can have some mystery. You probably already know the basics of how to use a slow cooker, but learning some simple tricks can help you to make sure you get the most out of your slow cooker.

Should I brown meat before putting it in the slow cooker? 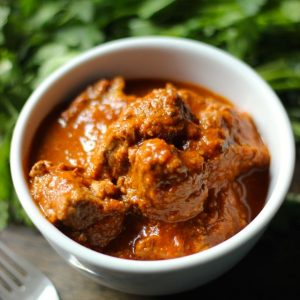 Some people will say you absolutely must brown any meat before slow cooking, others say no. To be honest, it’s your decision between flavor and convenience.

Searing meat is all about flavor; when the meat hits a hot pan, any moisture on the surface evaporates and the meat undergoes a chemical reaction that gives it that satisfying meaty taste. It doesn’t actually seal in the juices. That’s a myth.

If you do sear your meat, make sure to add all those tasty scrapings into the slow cooker!

The downside is that you have to take the extra time to brown it and you end up with a dirty pan. So if you are all about the flavor, go ahead and brown the meat, but if you need to get that meal on with as little time or effort as possible, skip it.

Try it with Chili Colorado.

Do I need to preheat my slow cooker? 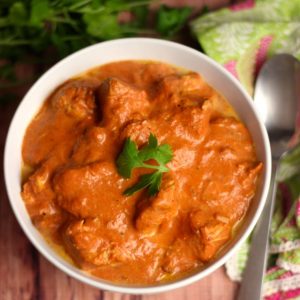 Preheating your slow cooker can optimize flavor and reduce cooking time, but is it necessary? Most recipe instructions call for preheating the slow cooker, and while this may seem like an extra step when pressed for time, it’s not as complicated as it sounds.

While you prep ingredients, plug the slow cooker in and turn it on high. While you chop veggies, saute onions, or sear meat the slow cooker preheats. You can then adjust the temperature to the instructed level and away you go.

All this said, many folks don’t preheat their slow cooker. And – unless you’re pressed for time – you don’t have to either.

Should I use my slow cooker in the summer? 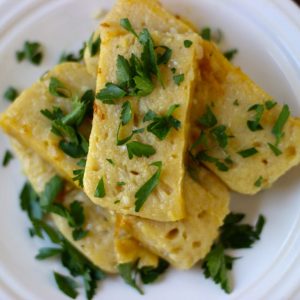 Yes! While slow cookers are a no-brainer for cold weather for all your favorite, cozy comfort foods, they’re the perfect kitchen tool in hot weather too.

While slow cookers do emit a little heat, it is nothing like turning on the oven or cooking on the stove top. The heat is kept low and mostly contained, so you can cook without heating up your house even more.

Try it with Crockpot Polenta.

What’s the right way to layer food in a slow cooker? 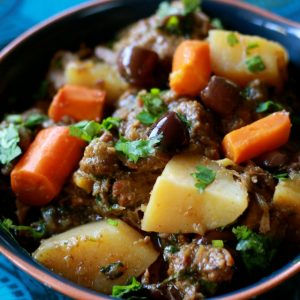 Bonus: You don’t have to stir, which makes cooking with a slow cooker even less effort.

Try it with Moroccan Lamb Stew.

Why should I use tougher cuts of meat in my slow cooker?

Cooking with tough cuts of meat isn’t just about easing the budget, though we’ll take that too. It’s also about flavor.

Meat that is tough when quickly cooked is full of collagen, or strong connective tissue. And that strong tissue makes it hard to break down. But collagen is also soluble in water. So, a long cook time (like what you get in the slow cooker) turns collagen into liquid. Turns out it’s a superfood too. Cheap, tasty, and good for you… a triple win.

Try it with Slow Cooked Pork.

How high can I fill my slow cooker? 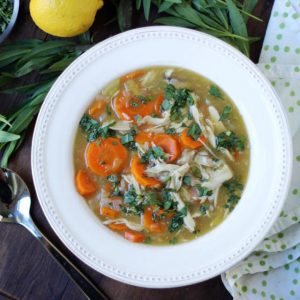 Make sure not to fill the slow cooker to capacity, otherwise your meal won’t cook on time and can possibly bubble over make a giant mess. You also don’t want to cook extra small portions, or you could end up with burnt and wasted food. The ideal amount to fill a slow cooker is 2/3 full, but no less than half and nor more than 3/4.

Try it with Lemon Chicken Soup.

Should I remove chicken skin before slow cooking?

Unless you are roasting chicken or other poultry after cooking it in the slow cooker, take the skin off. If it’s cut up in a soup or stew, you’ll end up with bits of white fatty rubber floating around.

However, if you’ve got a whole bird or big pieces, you can pop it in the oven at the end to crisp up the skin.

Try it with Slow Cooker Roast Chicken With Lemon And Garlic .

What ingredients need to be added at the end when using a crockpot? 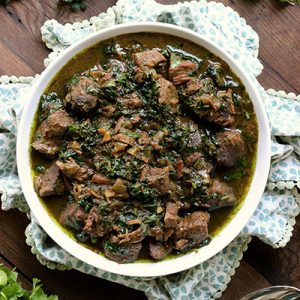 Some ingredients should be added towards the end of the cooking time in a slow cooker. Dairy and fresh herbs go in once the dish is already cooked because airy can curdle and fresh herbs will lose taste and brightness if cooked for too long. Also add tender greens, like spinach, at the end or they will turn to mush.

And unless the dish is meant to cook for a short amount of time, add rice and pasta later as well.

Try it with Indian Beef Curry.

Can I open the lid while my crockpot is cooking? 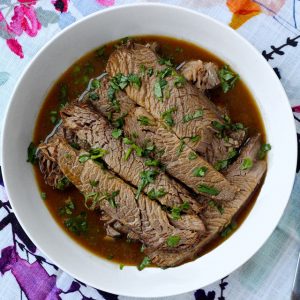 You want to see how dinner is getting along, so you open the lid to check, maybe giving a stir like you would if cooking on the stovetop.

Every time you lift the lid, heat escapes and adds up to 30 minutes longer to your cook time. Slow cookers are made so you don’t have to stir with the low cooking temperature, so relax. Leave it. Only lift the lid at the end when your meal is ready, or to add last minute ingredients.

Try it with Beef Brisket.

What do I do when my slow cooker recipe turns out watery? 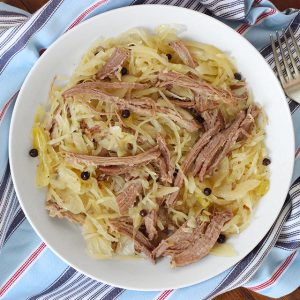 While cooking, slow cookers keep in all the moisture. So, sometimes you can end up with a meal that is too watery.

If this happens, take off the lid and stir to evaporate some of the water. If you’re in a hurry, dump everything into a pot and evaporate on the stove top.

Try it with this Lucky Pork and Sauerkraut.

Can I cook dessert in a slow cooker? 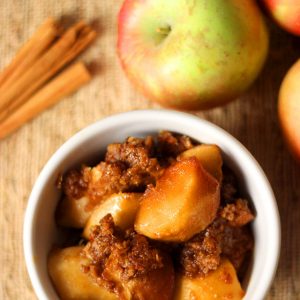 Slow cookers generally bring to mind soups, stew, and sometimes roasts. But all kinds of foods can be cooked in a slow cooker, from lasagna to desserts. Even cheesecake!

Try it with one of our favorites Slow Cooked Caramel Apples.