Braising meat sounds like this complicated and fancy cooking method for chefs only. But don’t be fooled. In reality, it’s a super simple way to .

And who doesn’t want that?

Not only will it get your picky eaters chowing down, you’ll impress any guests as well. Heck, you’ll even impress yourself.

Braising is a type of moist cooking, often long and slow but not necessarily, as we’ll see.

When braising, you brown meat and then cook it with liquid to tender perfection with huge flavor.

This guide will walk you through the steps of braising meat, ensuring that this simple technique will become a staple in your cooking toolbox.

#1 Choose how you will braise

Most recipes for braising call for browning meat in a Dutch oven or another heavy pot and then baking it in the oven with the lid on.

This method is time tested and will earn great results every time.

For a shorter cooking time, you can also use a pressure cooker, like the popular Instant Pot. Or, for a hands-off approach, you can use a slow cooker, although some argue that a slow cooker doesn’t produce as flavorful results (see tip #2). 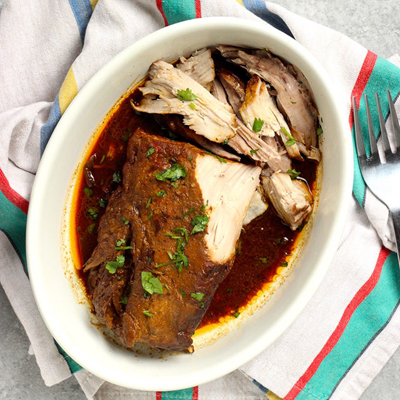 When choosing meat, braising is best for tough cuts.

Tough meat tends to be cheaper, which is always a bonus, but it also ends up more flavorful. All the connective tissue that makes it so chewy if quickly cooked breaks down during braising, resulting in extra soft and moist meat. If you use bone-in meat, those bones will contribute to more flavor as well.

Browning, or searing the meat quickly on a hot dry surface, doesn’t seal in the juices as some say. But it does kick that meaty taste up a notch.

When meat cooks at a hot dry temperature, a chemical change (called the Maillard reaction, if you’re interested) occurs and even just smelling it will get you eager to eat. That’s why grilled meats always smell and taste so good.

That Maillard reaction also contributes to the delicious flavor of braised meat; because a portion of meat sits above the liquid as it cooks, it gets an extra boost of flavor from all that extra browning. This chemical change doesn’t happen while a stew is cooking, with the meat below the liquid.

While we argued that browning meat in slow cookers isn’t always necessary, it does make more dirty dishes. When using a Dutch oven or pressure cooker to braise, there are no extra dishes. The browning can be done in the same pot that the meat will cook in.

Be aware that when using a slow cooker, it doesn’t get hot enough for further Maillard browning on the meat above the liquid. This is why some argue that braising in a slow cooker is less flavorful. 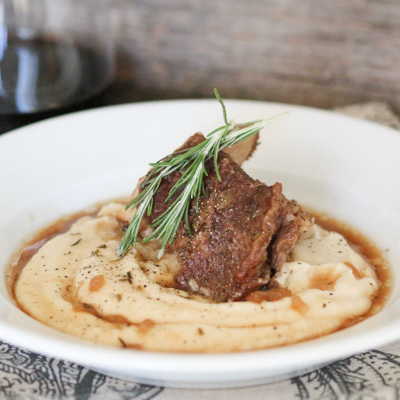 #3 Sweeten it with mirepoix

Nope, you don’t have to go to a gourmet store looking for a special ingredient. Mirepoix is the fancy term for aromatic vegetables, added to stocks, soups, and sauces for sweetness.

Which vegetables are used depends on the cuisine of the region. Onion, carrot, and celery are a classic trio. Others include green pepper, tomato, and fennel.

After you have browned the meat, remove it from the pot, add in the chopped vegetables of choice and briefly cook. Over the cooking process, the mirepoix will break down and give the final dish another layer of flavor.

Try this technique with onions, which are used to sweeten this citrus braised lamb shoulder. 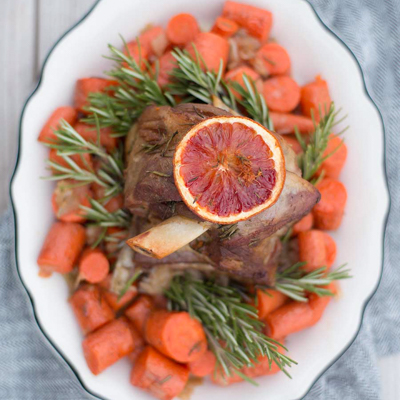 After vegetables have sauteed for a few minutes, add liquid.

This might be stock, juice, beer, wine, or even water.

Deglaze the pan, i.e. scrape all those dark brown bits stuck on the pot into the liquid, as they carry the most flavor.

Try deglazing with this cider-braised beef with tzimmes. 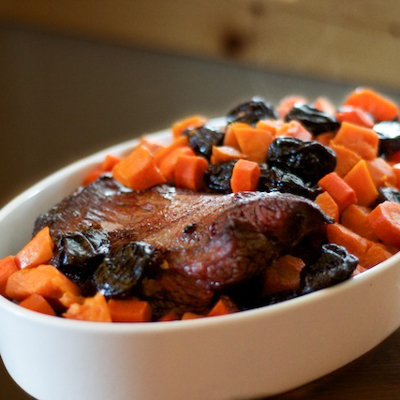 After deglazing the pot, add the meat and bring it to a simmer. Then cook it covered in the oven, a pressure cooker, or a slow cooker.

This is the time when you can read a book with a glass of wine. Or separate your fighting kids.

Chicken is a type of meat that doesn’t take long to braise, try it with this braised chicken with artichokes and pearl onions. 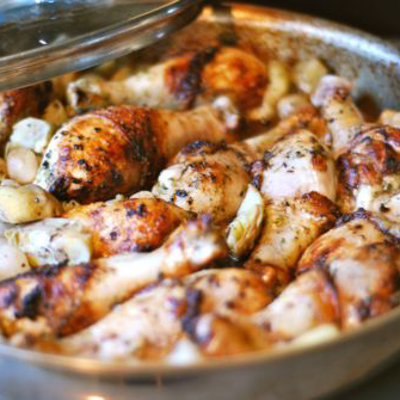 Any vegetables you added for the mirepoix are going to be mushy or melted, which is what you want, so the vegetables to lend their sweetness to the overall taste of the dish.

When the meat is cooked, an optional step is to add in new vegetables for more texture and a one-pot meal.

This braised beef short-ribs green Thai curry adds frozen vegetables for a easy addition to round out the sauce. 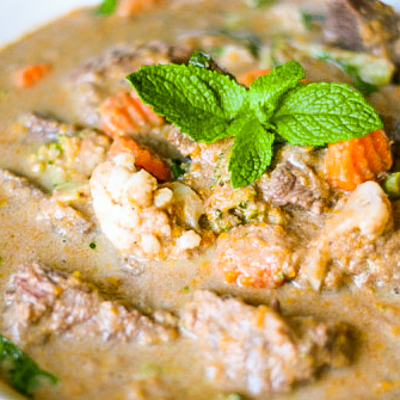 One more optional step is to reduce the sauce.

After the meat has cooked, take it and any newly-added vegetables out of the pot. Put the pot on the stove top and let it simmer until it has reduced by half, resulting in a thicker sauce as well as a more flavor-intense sauce. This step, though extra, is the cherry on top and will take your braise to the next level taste-wise.

Just look at the sauce on these braised pork wings with apple onion gravy! 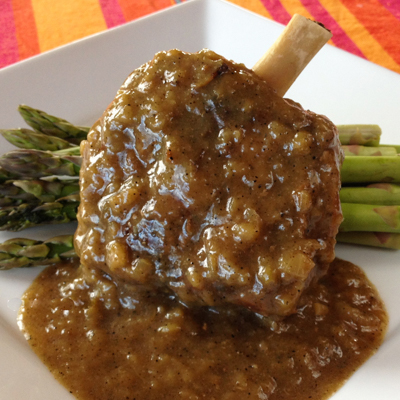 What are your favorite recipes for braising meat?
Tag us #realplans!